Stolen from Guido Fawkes, and like others I urge everyone with a blog to reprint and share: 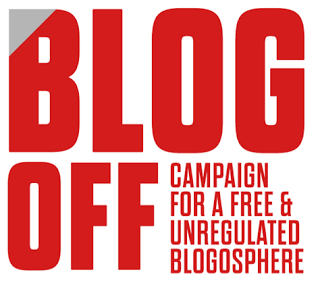 A free and open world increasingly depends on a free and open internet. The internet empowers everyone — anyone can blog, create, learn, and share.

It is controlled by no one — no single organisation, individual, or government. It connects the world.

Today, more than two billion people are online — about a third of the planet.

Hacked Off supporter Max Mosley told parliament he wants the government “to cut off the wires” to websites he thinks should be censored. Millionaire celebrities like Hugh Grant want to regulate free speech on the internet.

They want laws to force dissident refusenik bloggers to risk paying exemplary fines if they refuse to submit to the regulator.

The Hacked Off-drafted press control Royal Charter aims to regulate any blog which carried news-related material aimed at readers in the United Kingdom.

The e-petition ‘Put Alan Turing on the next £10 note’ signed by you recently reached 21,996 signatures and a response has been made to it as the e-petition has received more than 10 000 signatures:

The Bank of England has been including historic characters on its notes since 1970. The Bank welcomes suggestions from members of the public for individuals who might feature on future banknotes, and publishes a list of these suggestions on its website. These suggestions inform the process when a new note is under consideration.

The mathematician and cryptographer Alan Turing features on the list which can be found at: http://www.bankofengland.co.uk/banknotes/Documents/about/banknote_names.pdf

This e-petition remains open to signatures and will be considered for debate by the Backbench Business Committee should it pass the 100 000 signature threshold.

You can add to the petition here.

Yesterday parliament had a back bencher debate on the badger cull after the online e-petition gained over 150,000 signatures against the culling of badgers in an effort to combat bovine tuberculosis.

The following list are the MP’s who voted at the end of the debate. Those who voted ayes we those who are against the cull (the motion was about stopping the cull).

For most the noes list are the ones of interest, it’s those MP’s who are for a cull.
END_OF_DOCUMENT_TOKEN_TO_BE_REPLACED